This week is a big one at Pieceful Gathering. On Tuesday evening at 6:30 or Wednesday morning at 10:30, we begin the fun with Christmas in July for our monthly FREE Seasonal Samplings demo.
Then on Saturday, August 1st, from 10-5, we have our
Third Anniversary Quilt Show
Barbeque - Early Discount Registration - Sale
It's not too late to enter a quilt in the show and have a chance to win some of the wonderful prizes we have been getting in from our vendors and local businesses.
Our Prize Categories are:
First Prize - Judges Overall Favorite
Second Prize - Viewer's Choice
Three Third Prizes:
Best Bed Size Quilt
Best Lap Size Quilt
Best Wall Hanging/Table Topper
Three Special Awards:
Best Quilt from a Quilt Academy Class
Most Unique Quilt
Pieceful Staff Favorite

Also Appearing at the Open House: 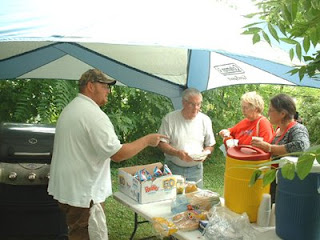 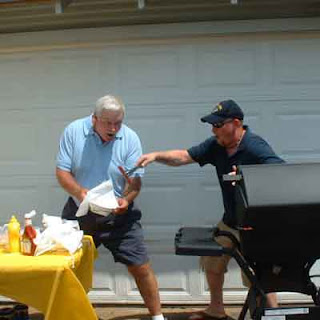 We want to give sincere thanks to the wonderful people that have donated prizes for our show: 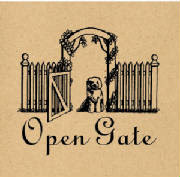 Stay Tuned - More details may be added to this post later as they occur to me.

See you this week - Carrie
Posted by Pieceful Gathering Quilt Shop at 9:24 PM No comments:

I want to share some pictures of the quilts that were made in my Mystery Quilt group. The pattern was from Jo Parrott, and it really worked out great! It was a fairly simple quilt to make, but everyone had to choose their own colors - not knowing what they were making until the end. I think you will have to agree with me that the results are stunning! 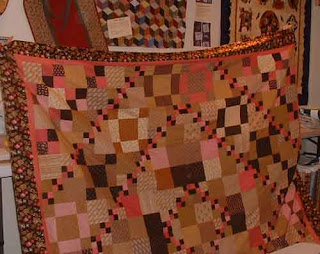 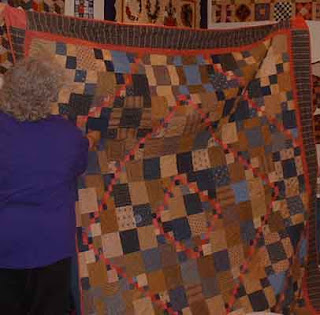 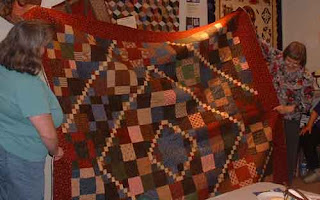 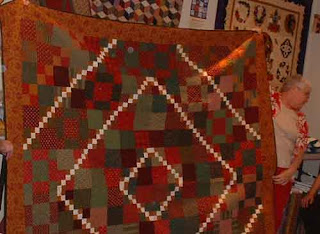 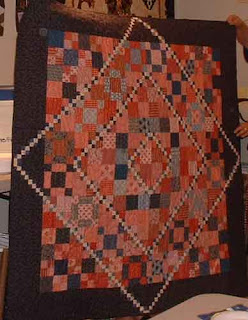 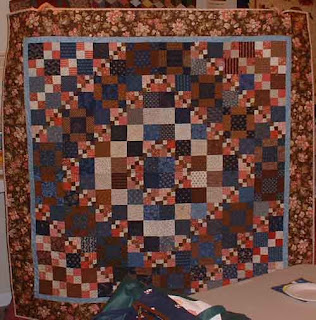 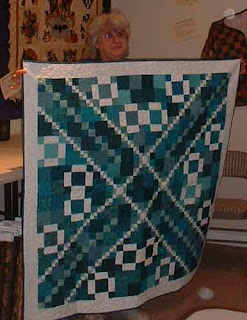 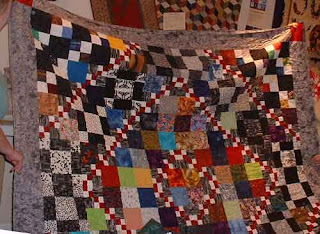 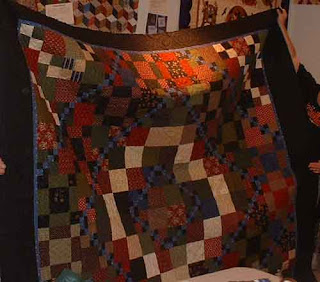 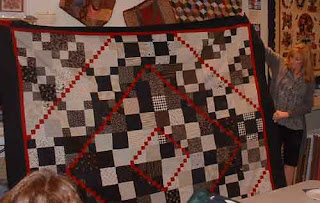 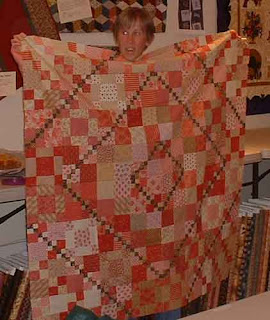 The next Mystery Quilt class will start in January - make sure you join the fun!
Piecefully Yours,
Carrie
Posted by Pieceful Gathering Quilt Shop at 5:48 PM No comments: 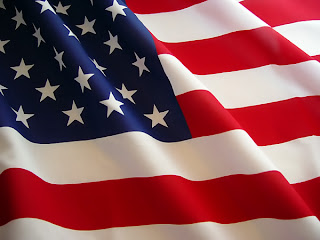 Hello Pieceful Quilters,
As we enjoy our Holiday - don't forget to take a moment to pause and think about all the freedoms we enjoy, and how those freedoms came to pass.
I received an particularly thought provoking email today, and I would like to share it with you:
Something to Think About...

When in England, at a fairly large conference, Condi Rice was asked by the Archbishop of Canterbury if our plans for Iraq were just an example of 'empire building' by George Bush. She answered by saying, "Over the years, the United States has sent many of its fine young men and women into great peril to fight for freedom beyond our borders. The only amount of land we have ever asked for in return is enough to bury those that did not return.
"You could have heard a pin drop...
~~~~~~~~~~~~~~~~~~~~~~~~~~~~~~~~~~
There was a conference in France where a number of international engineers were taking part, including French and American. During a break, one of the French engineers came back into the room saying "Have you heard the latest dumb stunt Bush has done? He has sent an aircraft carrier to Indonesia to help the tsunami victims. What does he intended to do, bomb them?" A Boeing engineer stood up and replied quietly: "President Bush knows that each of our aircraft carriers are the largest mobile 'cities' in the world. Each one has three hospitals on board that can treat several hundred people at a time. They are nuclear powered and can supply emergency electrical power to shore facilities. They have three cafeterias with the capacity to feed 3,000 people three meals a day. They can produce several thousand gallons of fresh water from sea water each day. And they carry half a dozen helicopters for use in transporting victims and injured to and from their flight decks. Along with thousands of highly trained personnel, they carry modern communication equipment vital to helping recover from a disaster of this kind. We have eleven such ships. How many does France have?"
You could have heard a pin drop...
~~~~~~~~~~~~~~~~~~~~~~~~~~~~~~~~~~
A U.S. Navy Admiral was attending a naval conference that included Admirals from the U.S., English, Canadian, Australian and French Navies. At a cocktail reception, he found himself standing with a large group of Officers that included personnel from most of those countries. Everyone was chatting away in English as they sipped their drinks but a French admiral suddenly complained that, whereas Europeans learn many languages, Americans learn only English. He then asked, "Why is it that we always have to speak English in these conferences rather than speaking French?" Without hesitating, the American Admiral replied, "Maybe it's because the Brits, Canadians, Aussies and Americans arranged it so you wouldn't have to speak German.
"You could have heard a pin drop...
~~~~~~~~~~~~~~~~~~~~~~~~~~~~~~~~~~
AND THIS STORY FITS RIGHT IN WITH THE ABOVE...Robert Whiting, an elderly gentleman of 83, arrived in Paris by plane. At French Customs, he took a few minutes to locate his passport in his carry on.... "You have been to France before, monsieur?," the customs officer asked sarcastically. Mr. Whiting admitted that he had been to France previously. "Then you should know enough to have your passport ready," admonished the Frenchman. The American said, ''The last time I was here, I didn't have to show it." The Frenchman said, "That is impossible. Americans always have to show their passports on arrival in France!" The American senior gave the Frenchman a long hard look. Then he quietly explained, ''Well, on D-Day in 1944, when I came ashore at Omaha Beach to help liberate this country, I couldn't find a single Frenchmen to show a passport to..."
You could have heard a pin drop...
Thank you Susan